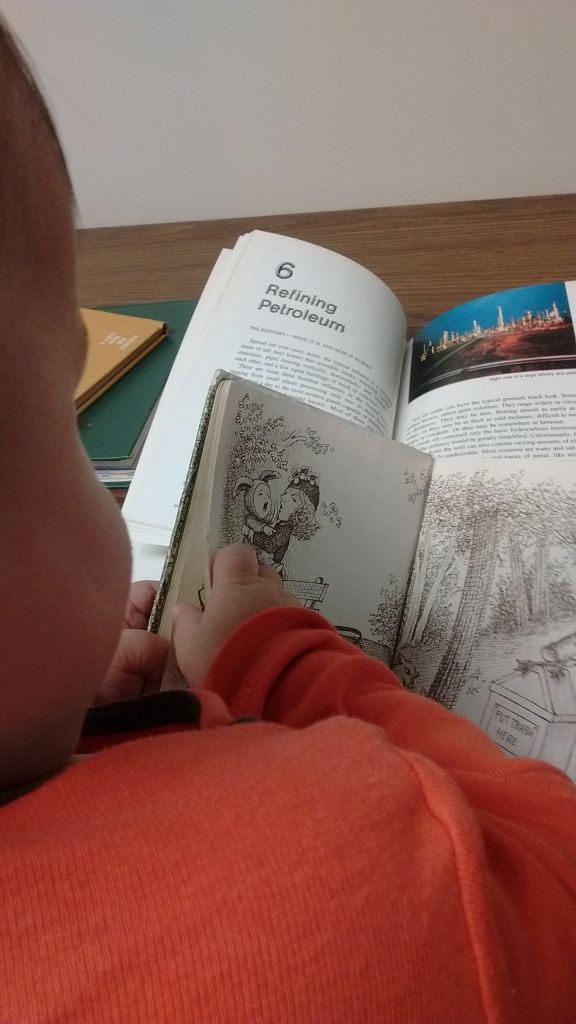 There you have it!

Wasn’t that a great experience?

After getting fewer views on my last post than pretty much any other, I grumpily joked to Tom that if I’d titled it “Fat Dan Reads a Book,” it would have been super popular. I almost reposted it the next day with the joke title, just to see what would happen, but decided that wasn’t the best idea.

“Fat Dan Reads a Book” is just too good of a title to waste, however, which brings us to today’s post. 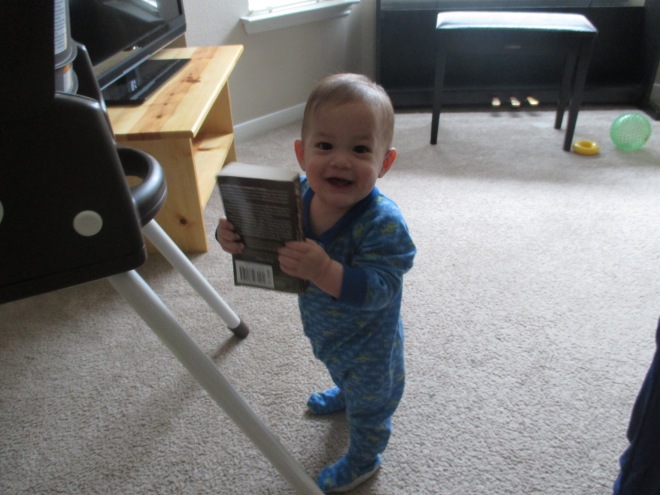 He loves the shiny cover on The Alloy of Law.

Dan actually likes books a lot. I try to read to him at least a couple times a day, and he sees Tom and me reading all the time, so he seems to have figured out that books are cool. Every day he pulls all the books he can reach off the bookshelf and examines them one by one, flipping pages and talking to himself like he’s reading. When he can get a-hold of one of our books, he’ll try to carry or drag it out of my line of sight, then play with it silently until I take it away (he usually can’t resist crinkling pages after a few minutes). 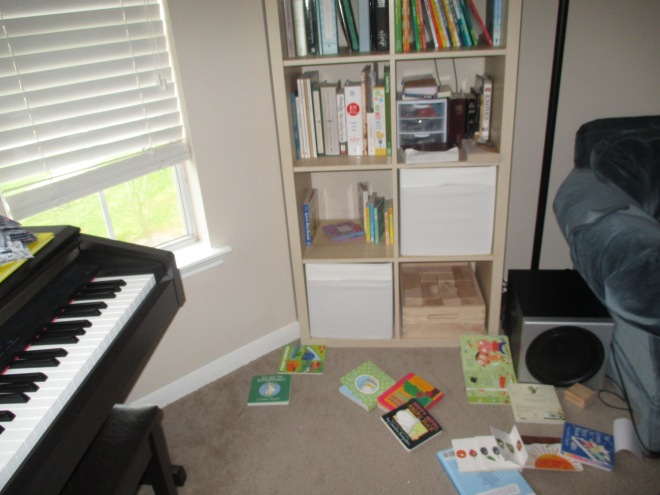 Dan definitely has strong opinions about his books, and on Tom’s and my end, some are just more enjoyable than others. Today we’re going to talk about our favorite Dan books!

Most of these are board books, because they’re indestructible and about right for Dan’s attention span, but a few have paper pages. Tom usually reads those to Dan because his arms are longer and can keep them out of Dan’s sticky, destructive hands more easily. 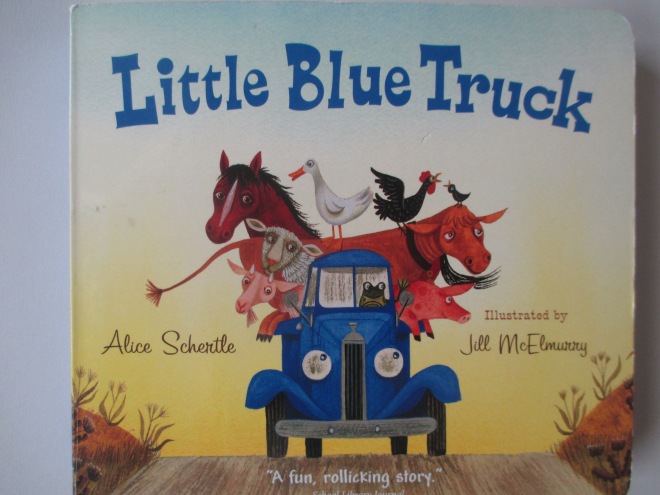 This is a fun little book about a friendly blue truck who makes friends with all the animals and helps a grumpy, self-important truck out of a tight spot. It’s one of Dan’s absolute favorites. The illustrations are pretty and detailed, and he loves the colors. He also loves hearing me make animal noises, which are color-coded for reader convenience.

This guy is the real hero.

All in all, it’s just a nice story that teaches kids that being friendly gets you farther than being a jerk to everybody. What’s not to love?

I picked this book up at 2nd and Charles, and I’m glad I did. It’s chock full of good times. Dan generally can’t sit still long enough for me to read it straight through, but that’s partly because he’ll keep going back to previous pages to stare at all the bugs. You can’t really blame him—there’s a lot going on in this book! It helps that there’s not really a plot, so you can just open up any random page and have a good time.

You have to admire the fun details in this book, even if they’re not very entomologically correct.  I mean, the “fruit bug” is a pineapple with wings. That’s pretty great.

I just hope Dan doesn’t ever decide real bugs are this much fun and bring them inside to show me. Ew.

3. Pretty much everything by Sandra Boynton 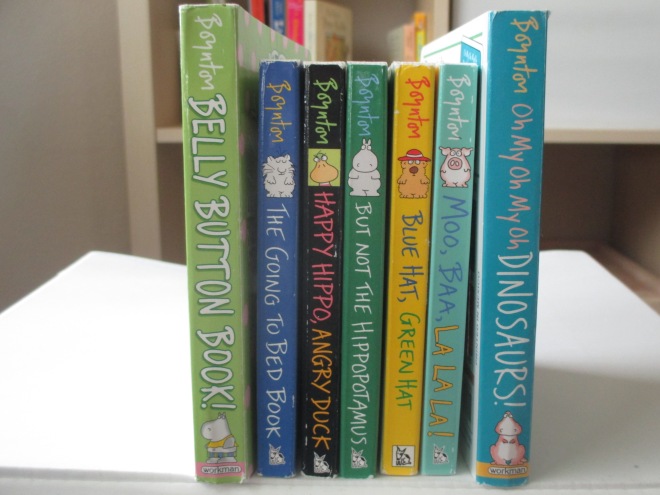 I’d never heard of Sandra Boynton before I was pregnant with Dan, but once we received Happy Hippo, Angry Duck at the baby shower, there was no going back. I love these books even more than Dan does, and I grab them at 2nd and Charles (or Amazon) whenever I can. They’re so quirky and random, and I love the illustrations. 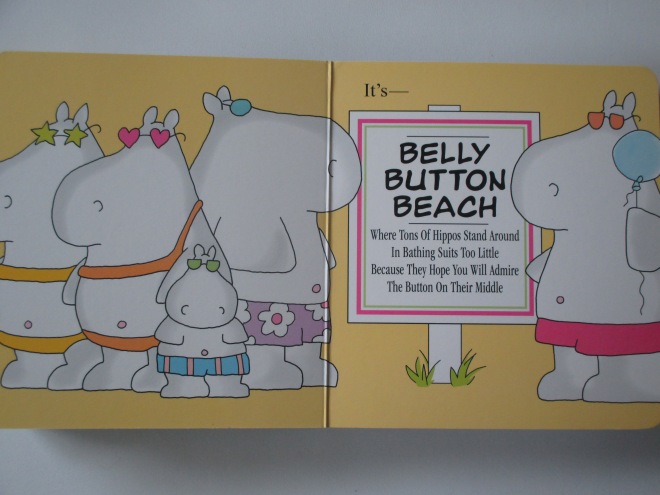 The first time I read this page, I lost it. Tom was looking at me like I was crazy.

If I can be as cool as Sandra Boynton when I grow up, my life will have been a success.

4. All the Dr. Seuss Classics! 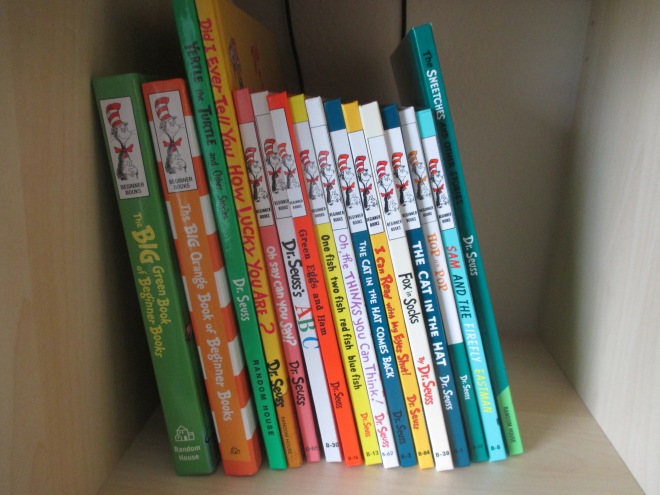 Plus…Sam and the Firefly? Where did that come from?

Who doesn’t love Dr. Seuss? Tom is usually the one who reads these to Dan because of the aforementioned arm-length issue, but they’re always a good time. We received a bunch of them from Tom’s grandparents, and we’re so grateful!

Foo-Foo the Snoo. I always wondered what that guy’s deal was. 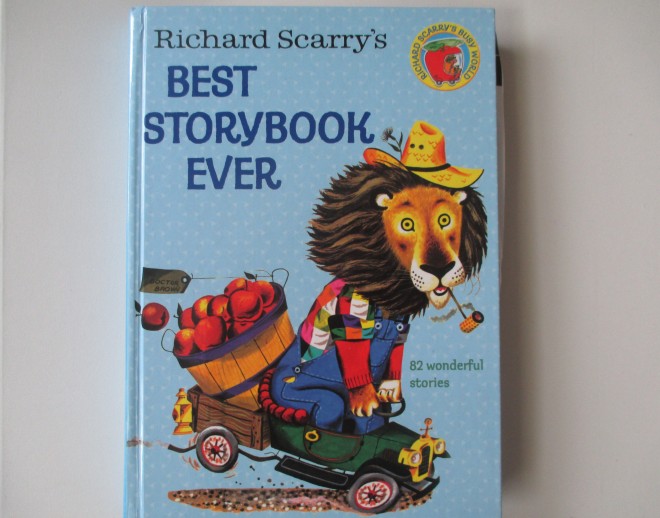 The title doesn’t lie—this was one of my favorite books as a child, and I made sure we had a copy once Dan was born. To this day, my family still talks about Couscous, Schtoompah, and I Am a Bunny.

Where else do you put a tuba? 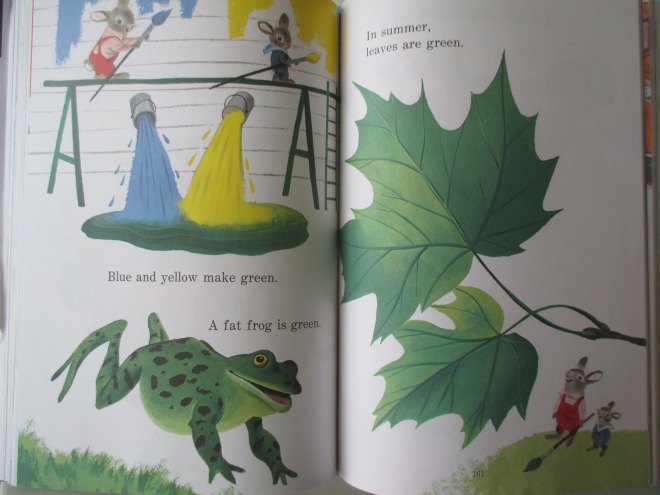 And what Richard Scarry-loving child doesn’t want to visit a castle in Denmark? 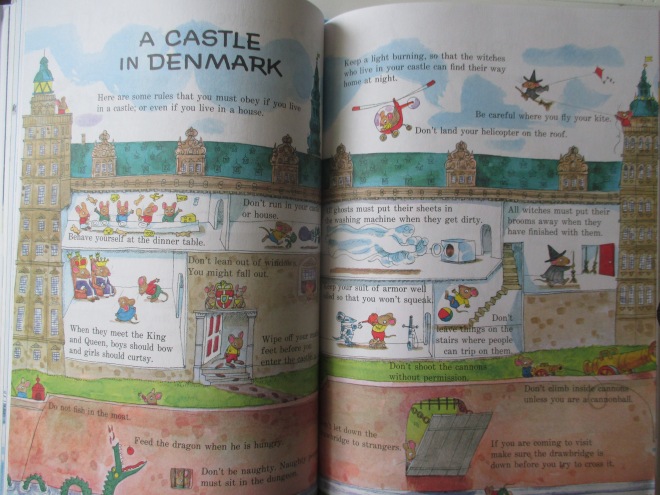 Watch out for that dungeon, Dan.

This book is full of short, colorful stories that are perfect for an easily-distracted Dan, and he’ll appreciate the experience more and more as he gets older.

This book gave me my first exposure to the parables, and it’s absolutely fantastic. The authors turned the parables into cute, funny stories that are easy for little kids to remember. I’d highly recommend it.

This one’s a classic, and the different sized pages and caterpillar holes keep Dan engaged while we’re reading.

Plus, Dan gets to learn about healthy eating!

See, Tom? Green smoothies are good for you! 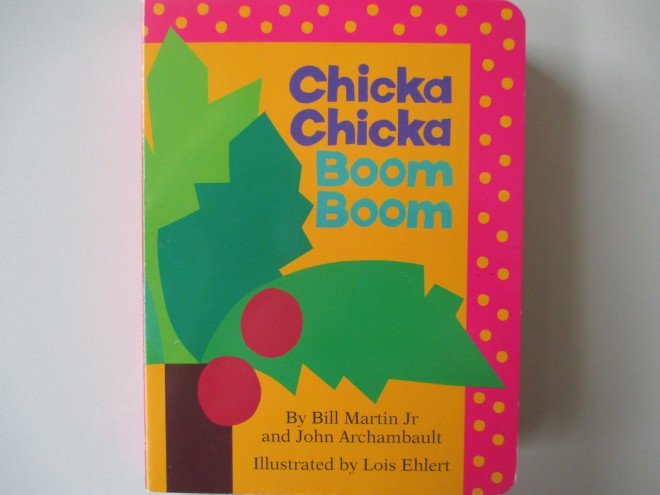 This one found its way onto one of our wish lists at some point. I’d completely forgotten about it, but once I started reading, I remembered disliking it as a child. We kept reading it in school, and even then I knew that books read in school weren’t as cool as books read with my parents at home. “a” was a smug little jerk. I was suspicious of anthropomorphized letters, and I couldn’t figure out why they kept saying “chicka chicka boom boom.” And then there was this scene, which disturbed Little Elissa greatly: 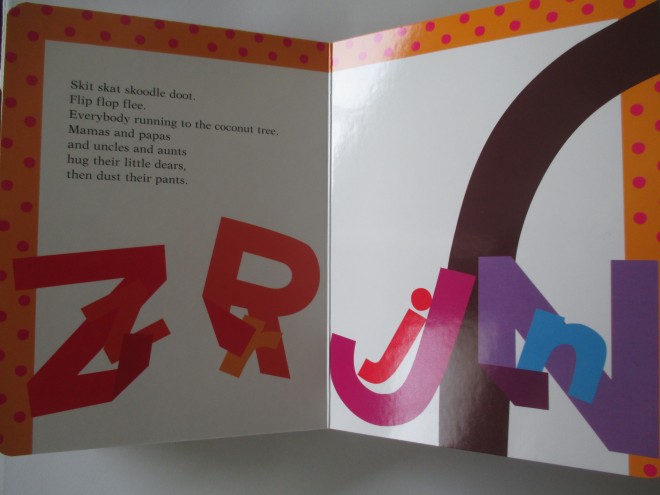 The book clearly states that these letters were comforted by “Mamas and papas and uncles and aunts.” But there’s only one capital letter for each lowercase letter (a fact confirmed by the inside back cover), so do all of these baby letters come from single-parent families? What about those that only had an uncle or aunt? Were they orphaned? Why aren’t we talking about the sad story of these letters coming from broken homes? How does gender work with anthropomorphized letters, anyway? None of this made any sense to me, and it made me distrust the book even more.

In hindsight, I was probably overthinking things a little.

I’ve had to take another look at this book, because Dan really likes it. The bright, bold colors catch his attention, and he loves pointing at the sun, moon, and coconuts. Maybe the book isn’t so bad.

Do you guys have any suggestions? Which books remind you of your childhood? What do your kids love to read?