If you have small children, you’re probably aware of a little show called “Daniel Tiger’s Neighborhood.”

This piece of PBS entertainment is a direct rip-off of the puppets from “Mr. Roger’s Neighborhood,” in which the eponymous Daniel learns life lessons from his parents and other friendly citizens of the Neighborhood of Make-Believe. Like its predecessor, Daniel Tiger’s Neighborhood is not my favorite. I watched a couple episodes with Dan when we both had stomach flu. Not only did it fail to keep Dan entertained, but its saccharine tone and stick-in-your-head-all-day musical numbers may actually have made the nausea worse.

Despite my efforts to keep Daniel Tiger out of my house, however, well-meaning friends have provided us with plenty of his books. They were lovely, thoughtful gifts, and I appreciate them. Books derived from a well-loved TV series about an entity named Daniel—they’re the perfect gift! And Dan loves the stories, which are right on his level. But you can understand how I might poke some not-so-good-natured fun at this adorable, inoffensive franchise.

And so, I present to you: “Daniel Tiger Whines.”

I created this in October, when Dan was going through an excessive (but understandable) whiny phase (I was also in the middle of a surly phase, which hasn’t yet ended). I wrote it as a cautionary tale to any small children (who may or may not be named Daniel) who may whine just a bit too much. Almost all the illustrations are straight-up plagiarized from the source text, and those that aren’t are easily identified. Plagiarism is okay as long as you label it “fanfiction,” right? 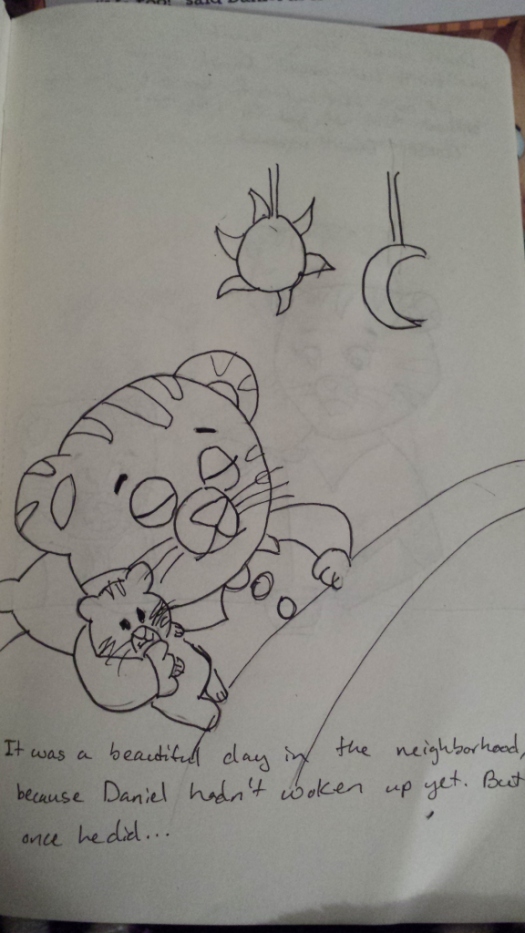 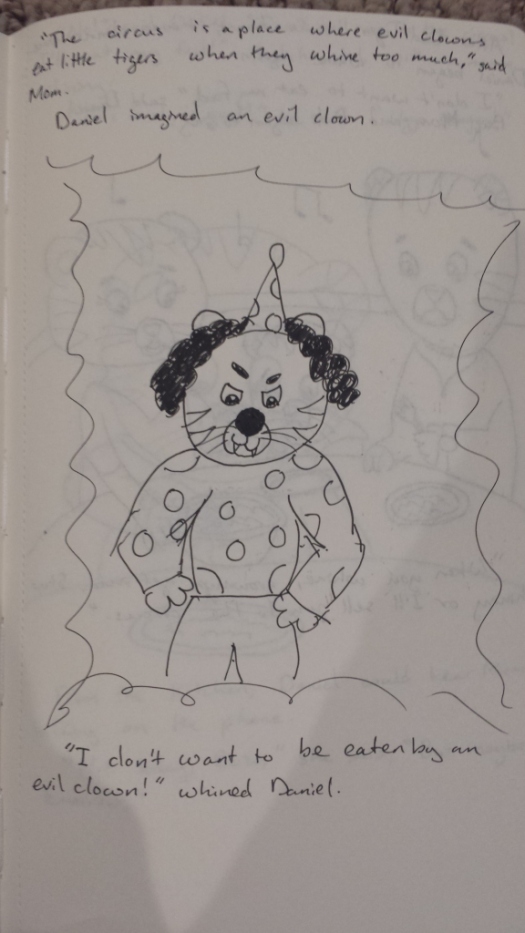 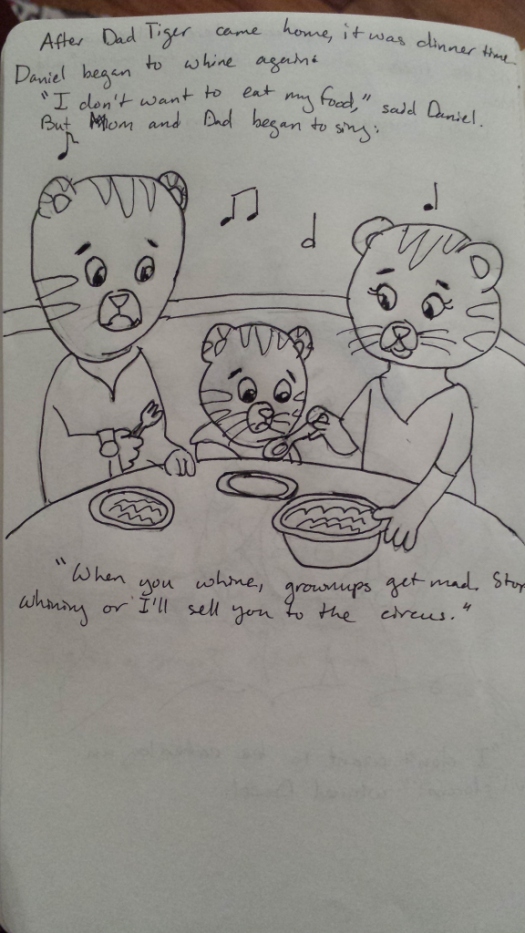 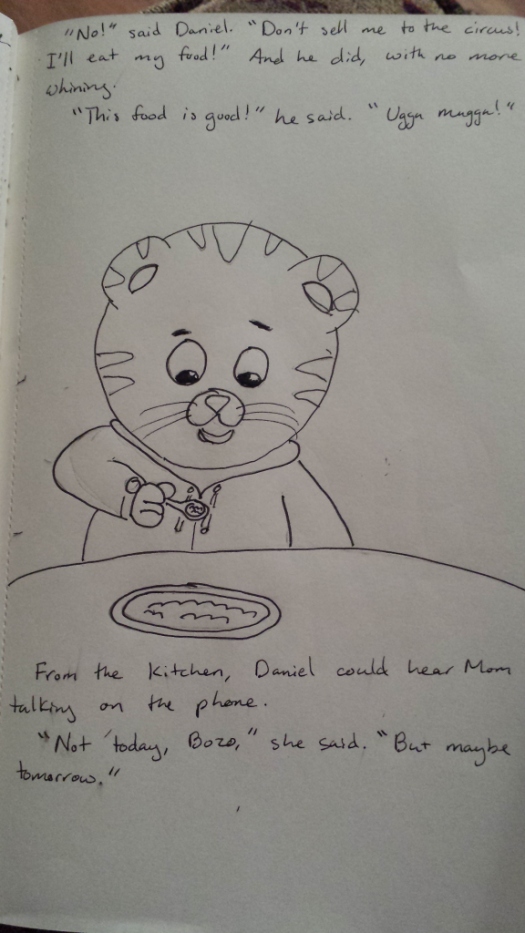 What I didn’t anticipate was how much Dan would like this book. He requested it five times a day—more frequently than the originals. After a couple days I felt guilty reading it to him, and hid it away for a few months. I still pull it out occasionally on particularly whiny days. I don’t know if it actually helped with the whining problem at all, but feel free to try it out yourself. You can easily substitute your child’s specific whiny demands for anything Daniel Tiger says in this book.

DISCLAIMER: I love Dan, and he’s a really good kid. But let’s be honest: we’ve all been there.