Wow, it’s been almost a year since I last posted. That’s embarrassing. Last year I mentioned feeling increasingly weird about blogging, and that’s still true. I do miss it, so I might try to pick it up again this year. No promises, though.

At the very least, it’s time to give the Christmas Newsletter-esque update on our family!

Perhaps our most exciting news is that we’re expecting a baby girl in April!

Everyone is really excited. Dan says he’s always wanted a sister and is constantly asking if she can feel the hugs and kisses he’s giving my stomach. Will is more subdued, but carries on nervous, sweet conversations with the bump. He keeps asking “beebee girl” if she can come out yet. They’re both going to be very loving big brothers, assuming she can survive their methods of showing love. 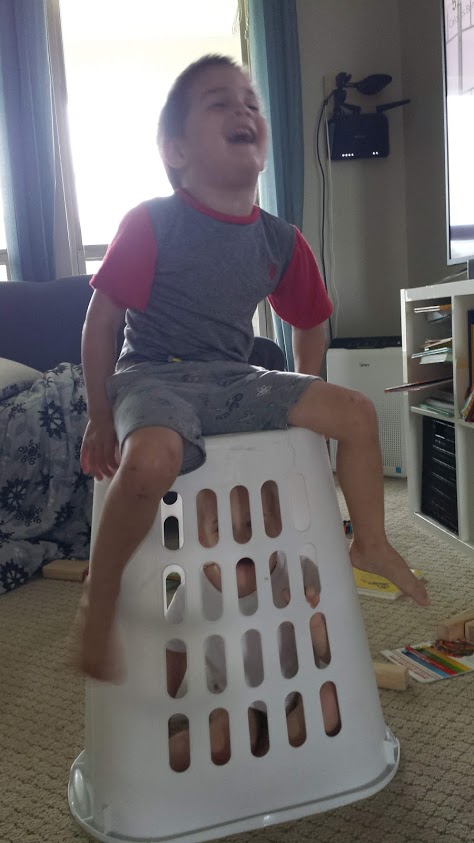 Now if only we could decide on her name. The kids have suggested things like Batman, Chickeneater, Pumba, Nugget, Banana, and Cookie. We’re not exactly feeling inspired by these suggestions, although Pumba has stuck as a prenatal nickname (like New Friend for Dan and Chub Dois for Will).

In other news, we’ve also been on some fun adventures together this year. In July we spent some time in Canada for a family reunion. Despite some unpleasant experiences with United, it was an awesome trip.

We also road tripped up to Utah for Tom’s brother’s wedding. We camped at Colorado National Monument, which was beautiful. 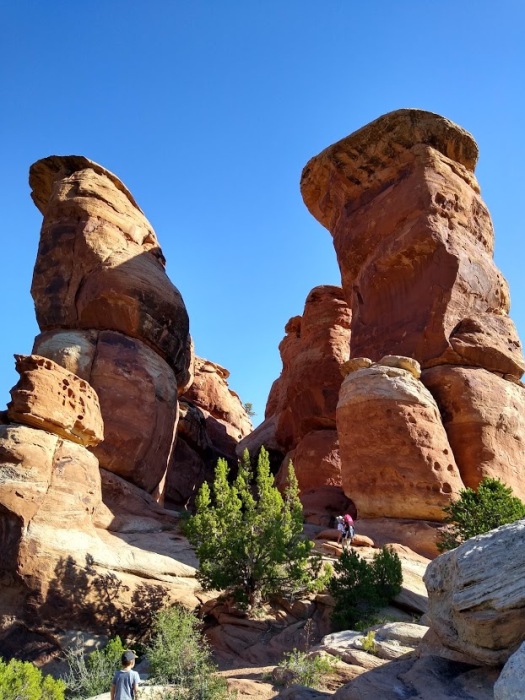 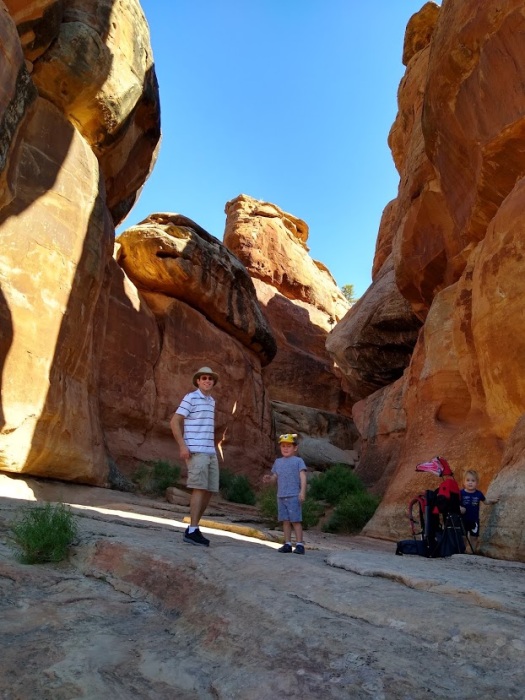 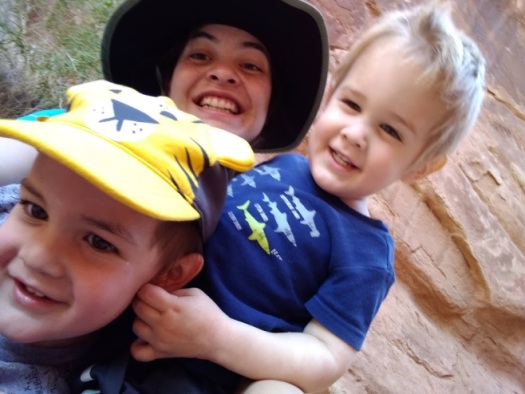 We also saw Bishop Castle. It’s basically this castle in the middle of Colorado that a guy named Jim Bishop decided to build because it would be awesome. And it was. Although there was so much potential for falling to one’s death that it was a little freaky with the kids.

We also visited Goblin Valley for the first time. 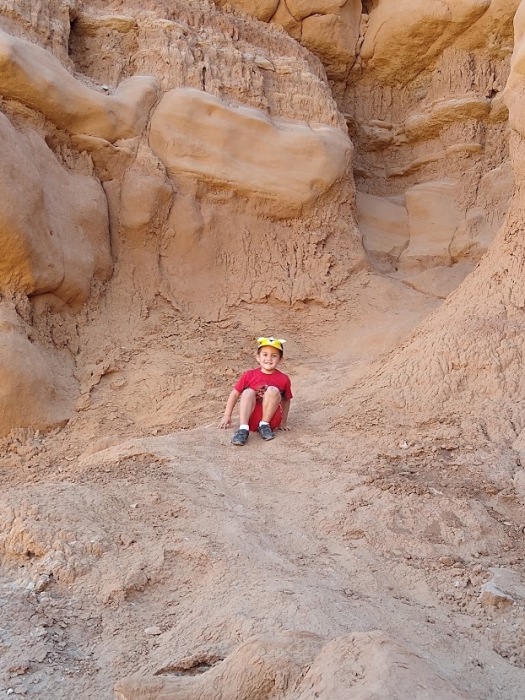 Tom has been killing it this year. In addition to being a wonderful husband and father, he finished his MBA program, started a new job within Valero, and put a lot of work into tying up loose ends on the Mormon Texts Project (which you should definitely check out if you’re at all interested in Church history—it’s really cool!)

I’m hanging in there. This pregnancy has been rough, especially while parenting two small, crazy children. But it was still a fun year.

I started learning to make bread this year. I wanted to have a little better control over our kids’ limited diets. My first efforts were…not inspiring. 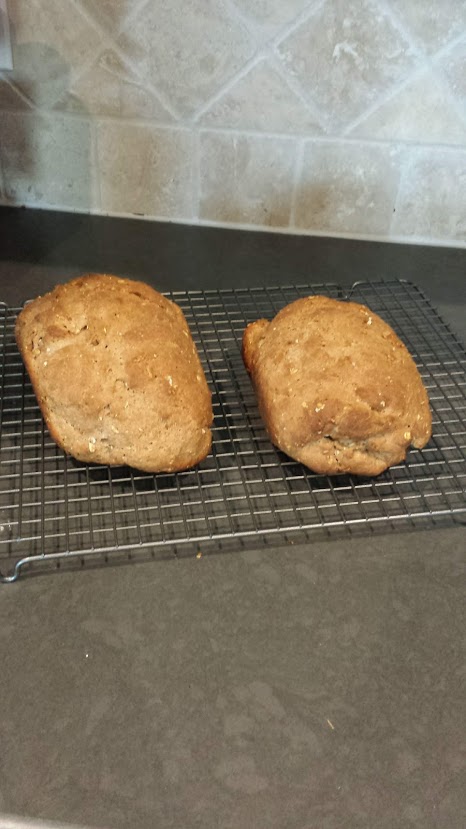 After several failed attempts, a friend recommended Bonnie Ohara’s book, Bread Baking for Beginners, and it has changed my life. Not only did it teach me the principles of making decent bread, but it also sent me down the sourdough rabbit hole. Messing around trying to make successful loaves has triggered my long-dormant chemistry geek side, which has been a lot of fun. Not to mention the results are (usually) delicious.

Writing-wise, I took some steps forward this year. I joined a critique group, which has been a terrifying but positive experience.

Here’s my craft roundup for this year. Highlights included learning to make amigurumi toys, and using both a loom and double pointed knitting needles to make socks.

Dan turned four in April, and is a complete joy to be around. He’s the sweetest, most caring brother, and a good friend. He always wants to look out for everyone, and make sure they’re supplied with enough lego to have a good time. 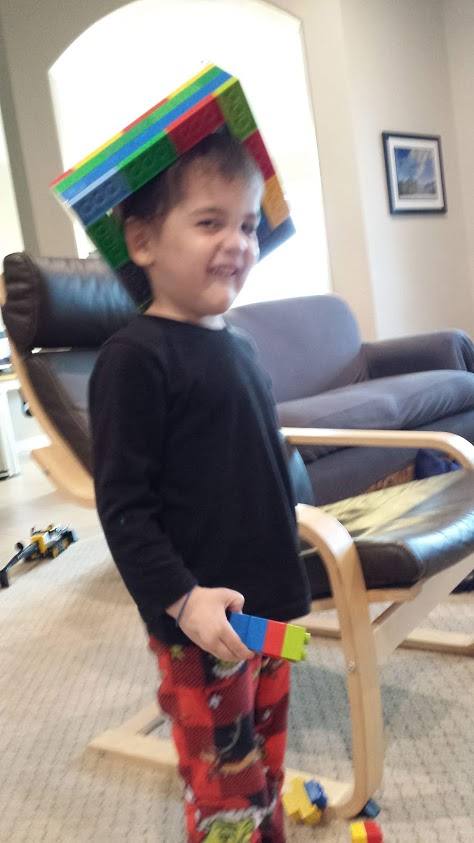 Dan’s reading abilities have exploded this year. Tom instituted this program called the “Dan Reading Challenge.” Dan is assigned 3-4 books to read, and once he finishes them, Tom takes him out for a treat. He’s worked through a bunch of Magic Treehouse books, most of the Kingdom of Wrenly series, the Mouse and the Motorcycle series, a bunch of books by Roald Dahl, and others. Charlie and the Chocolate Factory is one of his favorites, and his mind was blown when we let him watch the Johnny Depp movie. 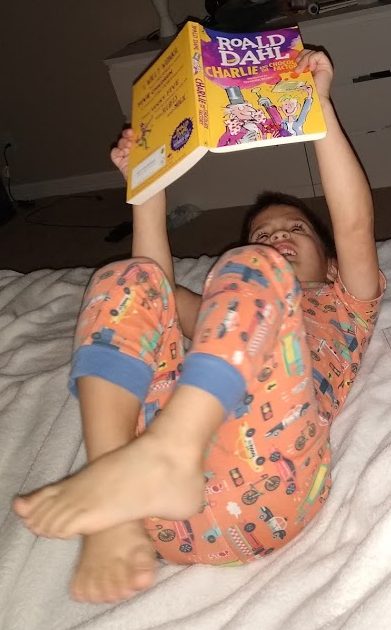 We made the decision to pull Dan out of preschool back in May, which is a story that could take up a whole blog post by itself. For now I’ll just say that it wasn’t working for him, and everyone is much happier now. 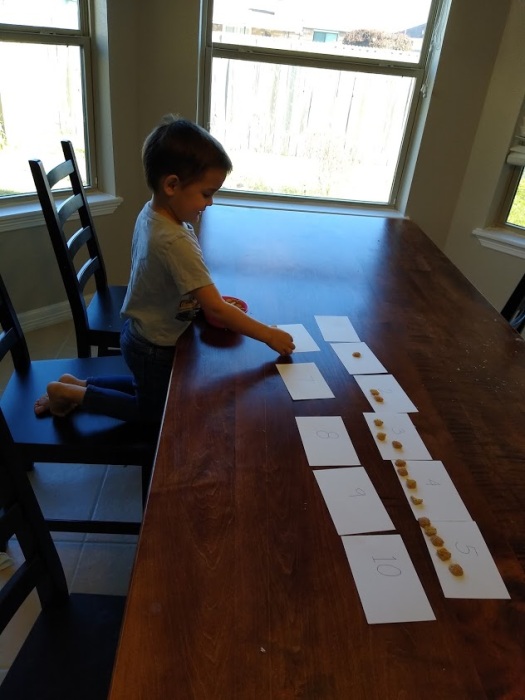 (The one downside is that I’ve started reading Charlotte Mason’s Home Education series. Someone please stop me before I decide to homeschool our kids. This is a cry for help.)

We’re just so proud of this Dan!

Will turned two in July, and grew a fabulous head of flowing golden hair. 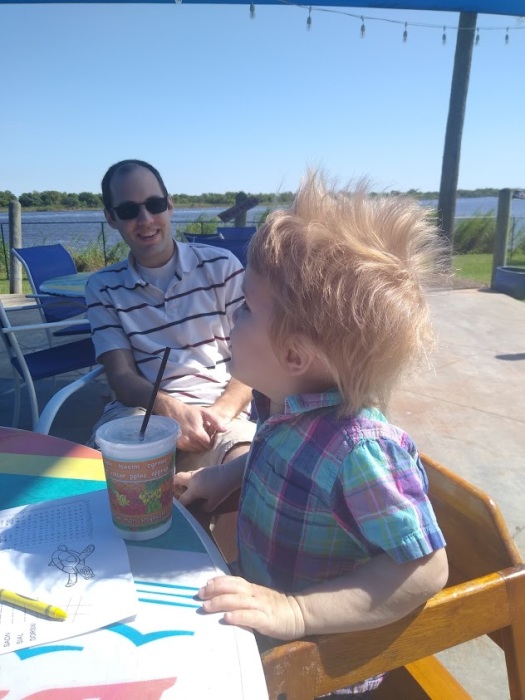 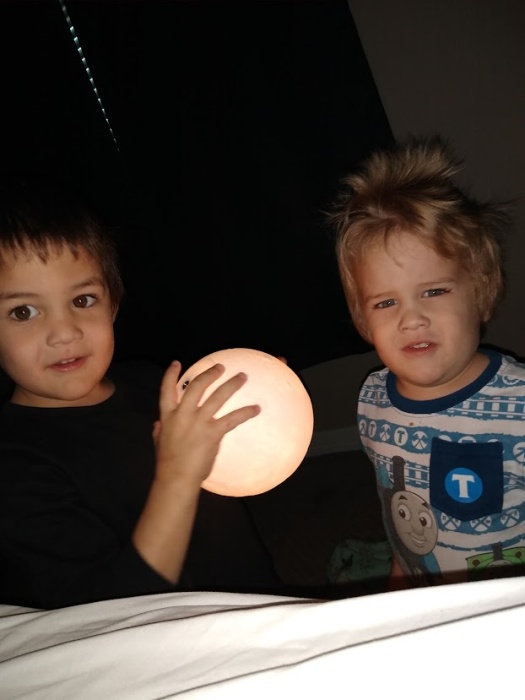 Will has been hard at work learning how to talk this year, and it’s absolutely hilarious knowing what goes through his very large, very blonde head.

“I wike to punch salmon.”

(Smelling his own foot)
(Sniff sniff) “It’s not good.”

Will has picked up Dan’s love of space, and likes to point out Phobos and Deimos in our planet books. He’s also developed a love for fish.

He’s still a sweet, happy boy, but he does have his grouchy two-year-old moments. He’s much more aggressive than Dan ever was—probably because Dan never had to defend himself against an older brother. We’re hoping we can teach this kid not to use his fists so much before the baby comes. 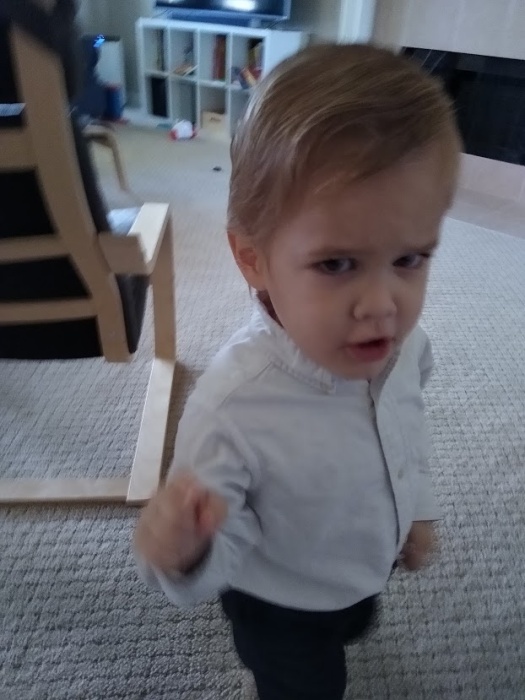 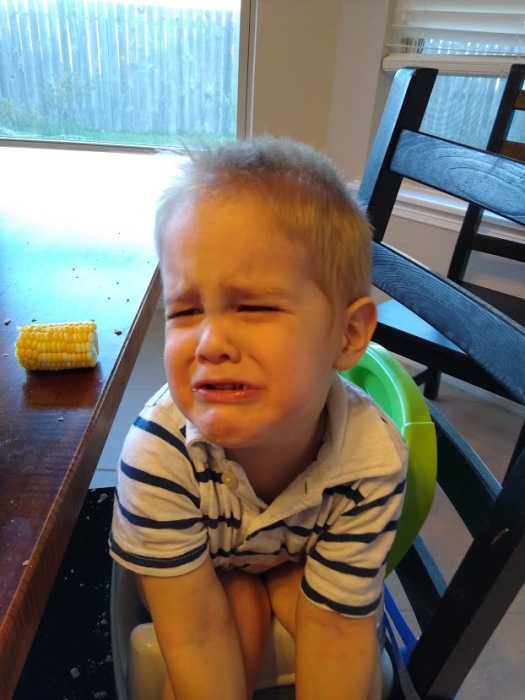 Most of the time, he’s a silly, happy kid, and we’re so happy to have him in our family.

2020 should be a pretty big year for everyone. Obviously the new baby will be a significant life change. Dan will also be starting kindergarten this fall. We’re trying not to overschedule ourselves in light of all this craziness, and hopefully nothing disastrous will happen (heh).

We wish everyone a happy new year!