Remember when I said I was going to introduce William on the blog…two months ago?

Hey, we’re still putting our house back together. I have priorities!

I have to say, I expected the delivery to be more difficult than it was. I’m uncomfortable with the idea of sharing birth stories on my blog, but I’ll just say that at one point after the epidural (which was the most painful part of the whole experience), Tom asked how I was doing, and I told him I was more comfortable than I’d been in months. Apparently Will and I were too relaxed, because my contractions slowed way down and they had to wake me up halfway through to start me on pitocin. Good times.

As a newborn, William would stare at me like this all the time.

In fact, in spite of all obstacles (*cough* Harvey *cough*), Will has always been a really relaxed baby. He sleeps well, eats a lot, and doesn’t cry much. (as long as I don’t put him down for too long, or put him in the car seat). He loves to play with and smile at people. His easygoing nature sure helped us out during the hurricane madness, and he never seemed stressed out. If William had a motto, it’d be something like, “I’m just happy to be here.”

William is doing really well. As you can see from that last picture, he got really fat, really fast. His height, weight, and head size percentiles from his four-month appointment are 85%, 85%, and 80%, respectively. He’s also really strong. He can roll tummy-to-back and scoot himself backwards (usually leaving a trail of spit-up).

As for Dan, he’s had a bit of a hard time. Getting a new sibling is hard, and I didn’t do the best job of preparing him for what was about to happen or helping him handle the changes. Dan is very much a creature of habit, and disruptions to his routine have always been hard on him. And boy, has he been through a lot of changes lately (Harvey didn’t help, either). Thankfully, we’re working through things and he’s doing better (and seems to have mostly forgiven me).

The good news is that Dan absolutely adores his brother. And vice versa. 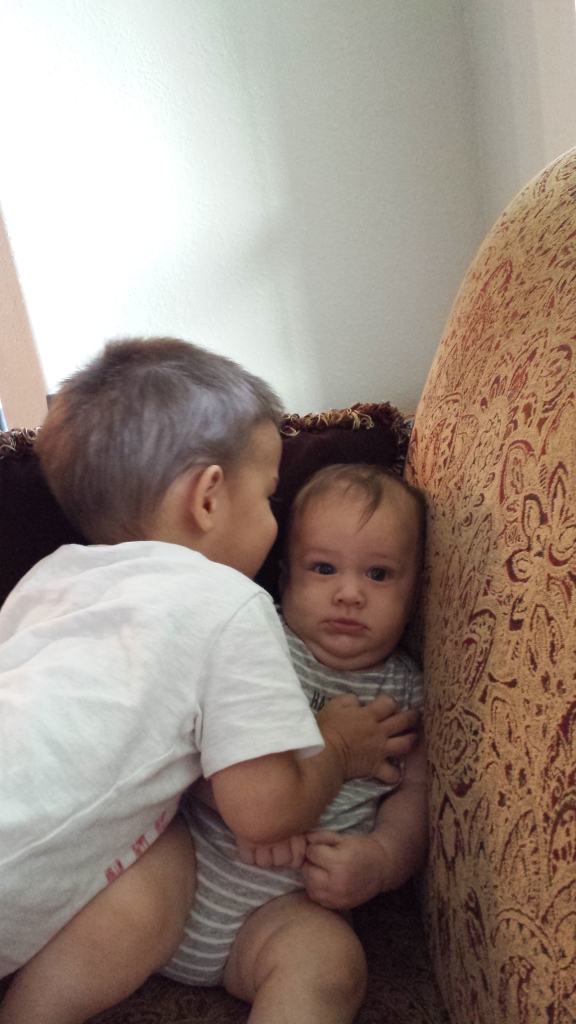 We’re so glad to have little William. He’s such a sweetheart, and fits so well into our family. 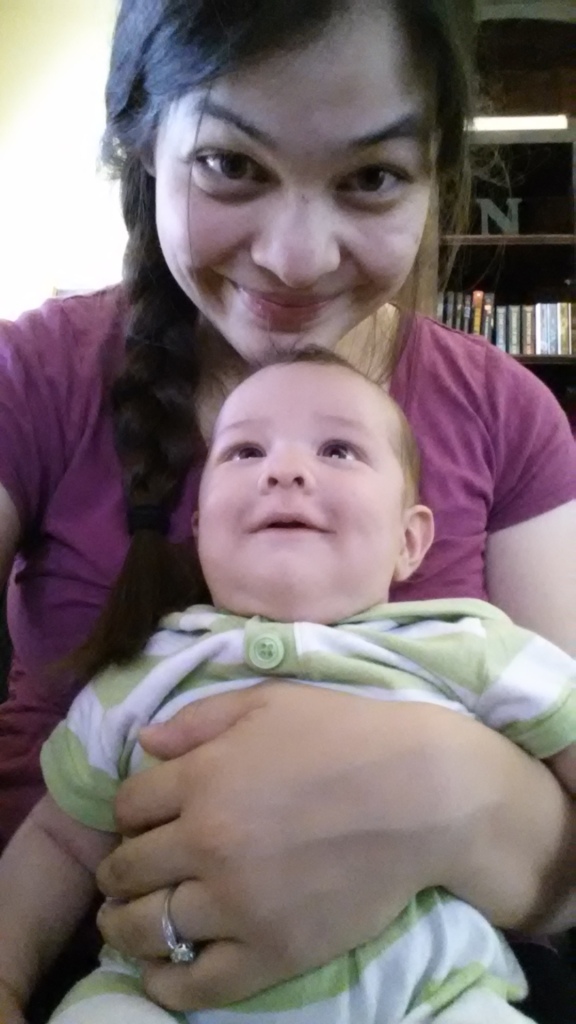 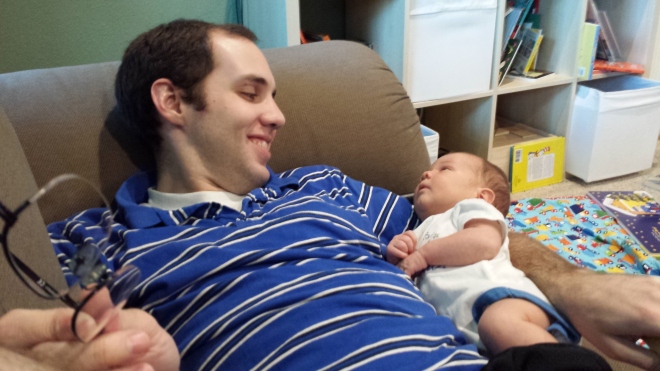 One thought on “Introducing William! (Only 4 months late!)”